Who doesn’t love a cute puppy? That’s mine in the picture above. Puppies are perceptive, quick, strong, and brave. And that’s not only my opinion, that’s what the philosopher Plato once said when comparing a puppy to a noble young man (168–169).

In describing a noble young man, Plato had in mind a youth with an important status. But in the Book of Acts, a group of people in Berea are called “noble” (Acts 17:11). And their social standing is immaterial in this evaluation. They were not necessarily of noble birth, but they had the moral attributes we (and Plato) would hope to find in those of noble birth.

When Paul proclaimed the gospel in their city, these noble Bereans welcomed his message with open minds. They studied God’s Word for themselves to verify Paul’s proclamation. And Luke records that many believed the Good News as a result.

We’re thankful for noble-minded students who are learning about God through our curriculum. Dynamic Christian Living is a school study we produce for 7th–9th graders. It covers important topics such as salvation and assurance, trusting the Bible, prayer, sharing the gospel, and the importance of the church. These are crucial topics for Christians as they study the Bible with noble minds—open to the truth.

When it comes to the nobility God desires, social status has nothing to do with it. Plato must have appreciated puppies. He felt they were noble for their perception and strength. We appreciate God’s work in students as they grow in their spiritual understanding and strength. Dynamic Christian Living is another great resource from Positive Action Bible Curriculum to encourage students in their spiritual growth. 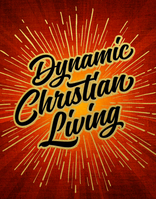